I just completed a cross-country trip of about 2300 miles on my own. The reason?, I had a 1992 Chrysler New Yorker that belonged to my father that had sat in my driveway moldering for about 4 years, It is a beautiful car and needs to be used. Since his death I have used it a lot, but now have a 2014 Ford Escape that is fun to drive and goes where I need it to. The Chrysler is low slung made more for town driving. I live in the hills and do a lot of back road touring. I am going to miss the roominess, the Ford is made for one person [me] and my gear not much more will fit.
My daughter has moved to Florida with her husband and two of her children, the oldest will be 16 soon and where they are there is no public transportation. circumstances left them with only one car and a second was needed to get jobs and transport children to school. You can’t buy a car without a job – strange as that may seem, that is the rule.
I had planned to drive to Florida in October when the storm season was winding down and the south starts to get dryer, cooler and the annoyances – like free range bugs – diminish. Now the second car became critical to them completing their plans.
Then Hurricane Irma made her debut. My thought process, Hurricane Harvey just decimated Texas, this hurricane will probably fizzle after it makes it’s initial land fall and “no worries” it will be a week before I get there, I’m not hurrying to meet a hurricane.
I didn’t know if I would enjoy traveling alone, I have always had a companion that I don’t have now. I wanted….. no, needed to do this to find my place as a solo traveler. It was so empowering, I can’t wait for the next adventure.  I was impressed, there are a lot of us – female and alone that are traveling and enjoying their solo status. I tented part of the way [my intent was the whole way, I’ll get to it] I still love the tenting way of life and wanted to experience it again. So with, A new Ozark Trails 3 Person (not politically correct to be 3 man) popup tent, a Static V inflatable sleeping pad [my bones do not like rocks anymore] and a borrowed sleeping bag with the assorted camping gear I stared off on this great adventure. my first stop, was Hardin Montana. Where after setting up camp I just sat in my temporary home of grey and blue nylon supported by 1/4″ fiberglass poles and marveled at the improvements over the years to tents. My childhood family of five spent several months camping on the Green River in a canvas cabin tent. This was NOT my parents tent, in a lot of ways the improvements are monumental. Anyway that is a different story for a different time.
The first pictures I wanted to take for this trip were of the pretty yellow sunflowers on the side of the road, This is the first time I took the time to stop [I am waiting for a hurricane after all] But the first picture is of a weed seed head, they are so interesting and the Sunflowers are too. 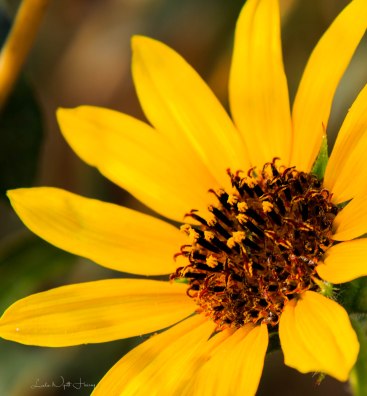 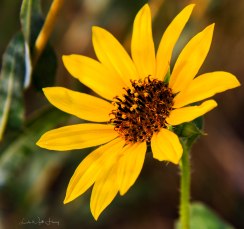 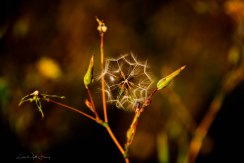 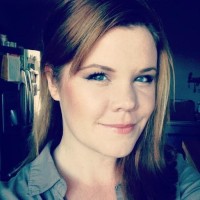 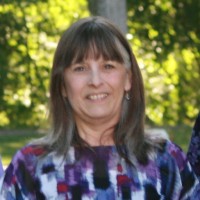 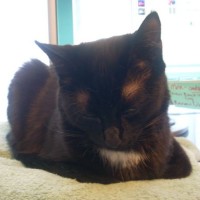